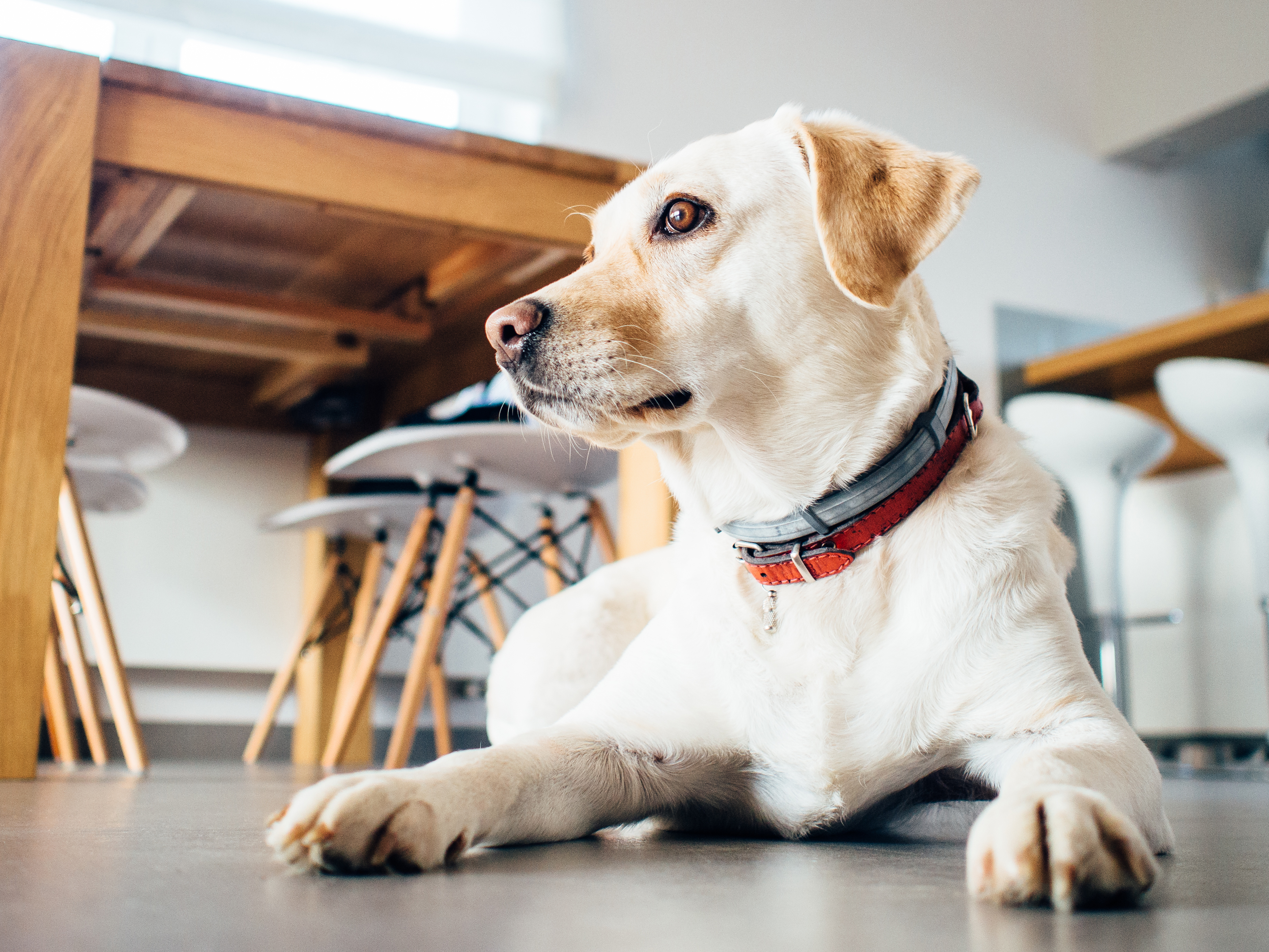 Dogs are man’s best friend. We’re all aware of the adage and (sorry cat lovers), with over 8.5 million dogs residing in UK homes, it seems the stats support this. So, dog lovers rejoice! This Friday the 21st of June is “National Take Your Dog to Work Day”, where workers across the country can spend their 9-5 with their canines. The annual event was founded in 1996 and record numbers of businesses are expected to allow four-legged companions into offices this year, to raise money for charity.
But other than raising money for great causes, such as for Guide Dogs UK, are there any other benefits to having our tail wagging friends with us at our desks? The short answer, is: yes, lots.
One of the main benefits of bringing our dogs to work is the reduction in stress that being around them induces. Research in the US found that workers with access to dogs, their own or their co-worker’s, were less stressed throughout the day than those who didn’t have a furry friend. The study, published in the International Journal or Workplace Health Management, looked at 75 staff. The stress hormones in staff were monitored throughout the day. It was found that stress hormones declined from the morning to the afternoon for the group with access to the dogs. The researchers also noted that employee stress levels rose significantly during the day when owners left their dogs at home, compared to the days when they brought them to work. i. 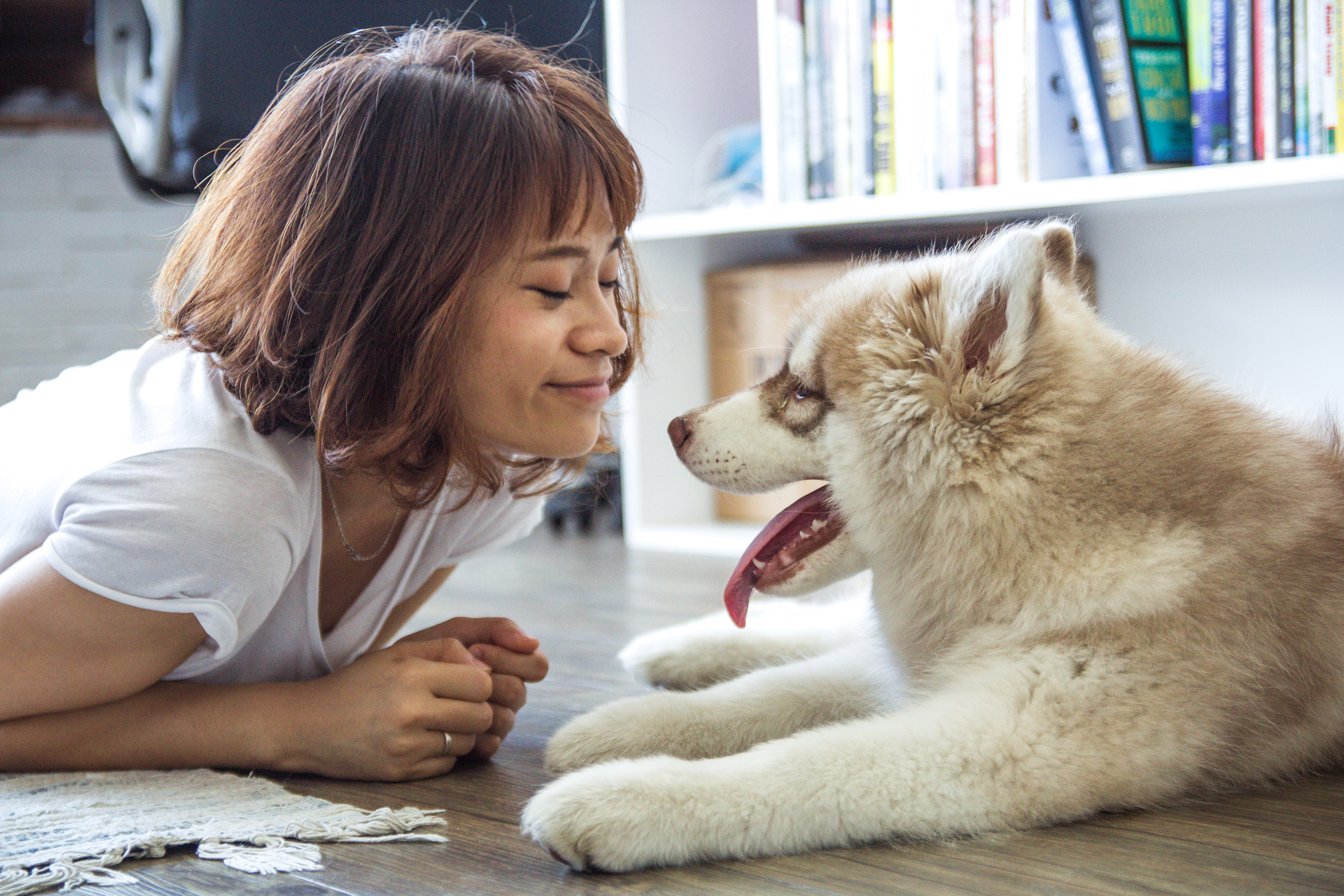 And there is a scientific reason why we love our dogs so much. It’s based in our genetic makeup and our very biology. Oxytocin is our ‘cuddle hormone’. It’s what makes us love so strongly – our brain floods us with this chemical when we look at or touch someone we love. This is a very handy reaction, it’s what allowed us to become ‘pack’ animals and what ultimately spurred us on to become the dominant species on our little blue planet. And interestingly, this little punch of love isn’t just released for the people that we love. Dogs also illicit the same reaction in us, when we consider their doe-y brown eyes or stroke their fur. In combination with this release of oxytocin, playing with or petting an animal also reduces the amount of the stress hormone in our blood – cortisol.
So, we have a double whammy. A study in the International Journal of Workplace Health Management found that access to dogs was a calming influence and reduced stress levels, whether people had access to their own pets or other people’s. ii.
Now consider this in an office environment. It would be possible to have a work force who are flooded with happy hormones and who are less stressed. This can have an immense impact on the wellbeing of staff, as well as how they interact with each other.
The presence of dogs makes us humans more trusting of each other. In an additional American study from Central Michigan University, people were placed into groups, with and without dogs. Each group member was charged with a fake crime. In the groups with the dogs, members were 30% less likely to report each other – findings which suggest that dogs promote trust and cohesion between team workers. A further study also discovered that team members with dogs rated each other more highly in terms of team cohesion, intimacy and trust than groups of people who did not have dogs perentie Now let’s reflect on this in terms of the office environment: trust and positive feelings towards our co-workers and a stronger sense of team cohesion. Happy days eh? 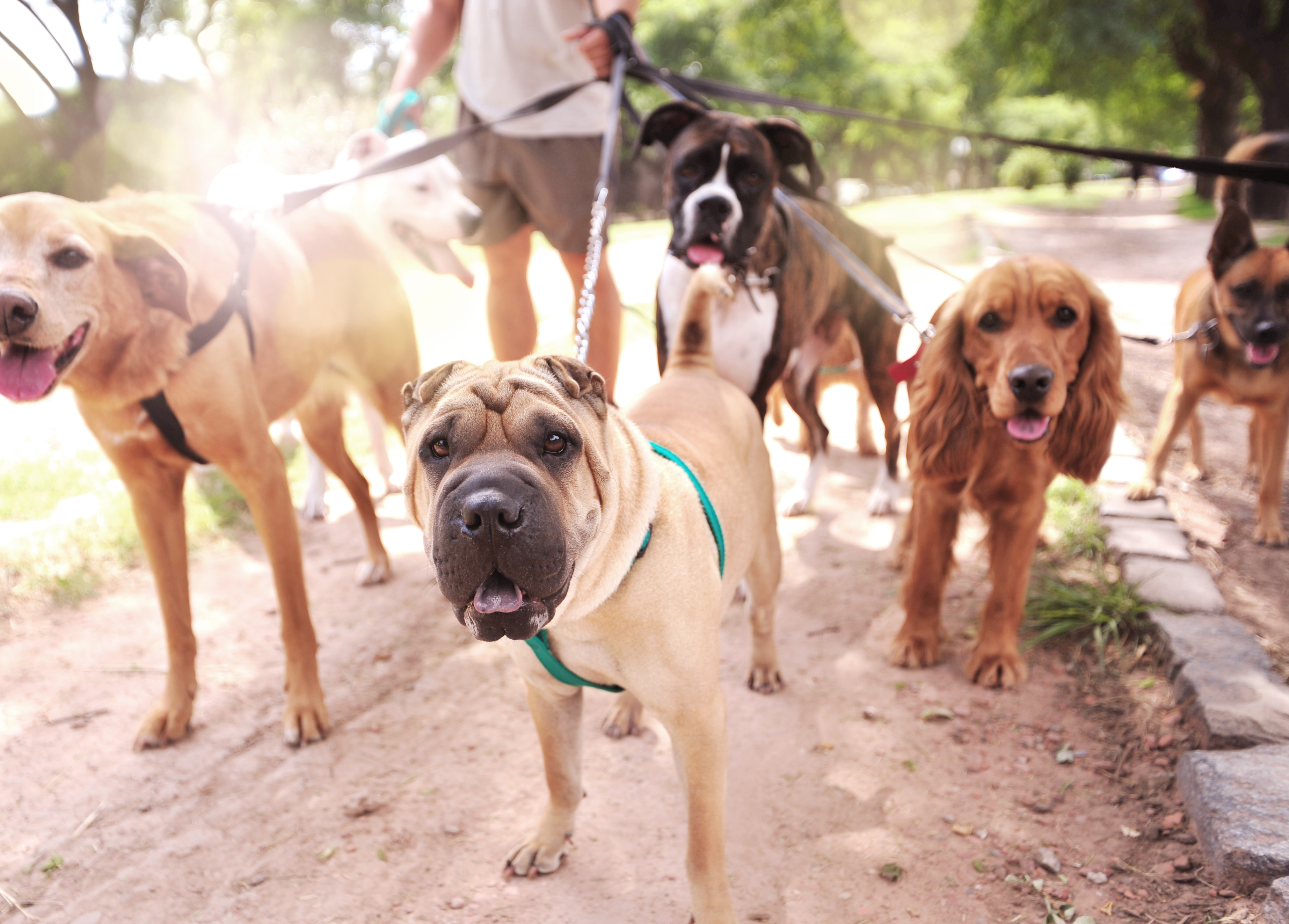 Aside from the positive impacts dogs have on our relationships and stress levels, their presence in the office can also promote a healthier life style and wellbeing amongst employees. A dog friendly office allows for opportunities for exercise during the working day; from popping outside for a quick ten minute stroll with your pooch to taking a lunch break to go for a jog with him, it’s all good news for employee health. The ‘sit-stand’ debate has been a hot topic over the last few years, with numerous pieces of research indicating that remaining seated for too long is bad for our health. Many adults who work in an office could find themselves seated for up to seven hours a day – so it’s important to make the effort to remain active. Dogs in the office serve as a constant reminder for us to get up, stretch our legs and get the blood flowing.
So, are any companies making use of dogs at work? And if so, are the ones we would have heard of? Well yes, they are. The food giant Nestlé has fully embraced the policy of allowing dogs in the workplace. Employees can choose to bring their dogs to meetings in designated dog-friendly rooms or let them off the lead in the specially created ‘Central Bark’. The dogs can spend most of their day lounging on cushions, chewing company provided toys and sniffing around the office. Indeed, employees of Nestlé seem to love their company policy. Gemma Gillgingham, owner of Max the Labrador cross says: “People will ask to come and see him, and find out where you sit. You end up getting to know so many people in different parts of the business, which can be useful.” iii.
Bringing your canine friend to work doesn’t just benefit you, your co-workers and your employer – it benefits your pooch too. It’s a well-known fact that dogs hate to be left on their own for long periods of time and that they miss you when you go to work, by bringing them to work with you, you’ll reduce a lot of stress for your dog. The commute will also help them to develop their skills in public places and social interaction at work will exercise them mentally. All this should combine to give you a happier, healthier dog. 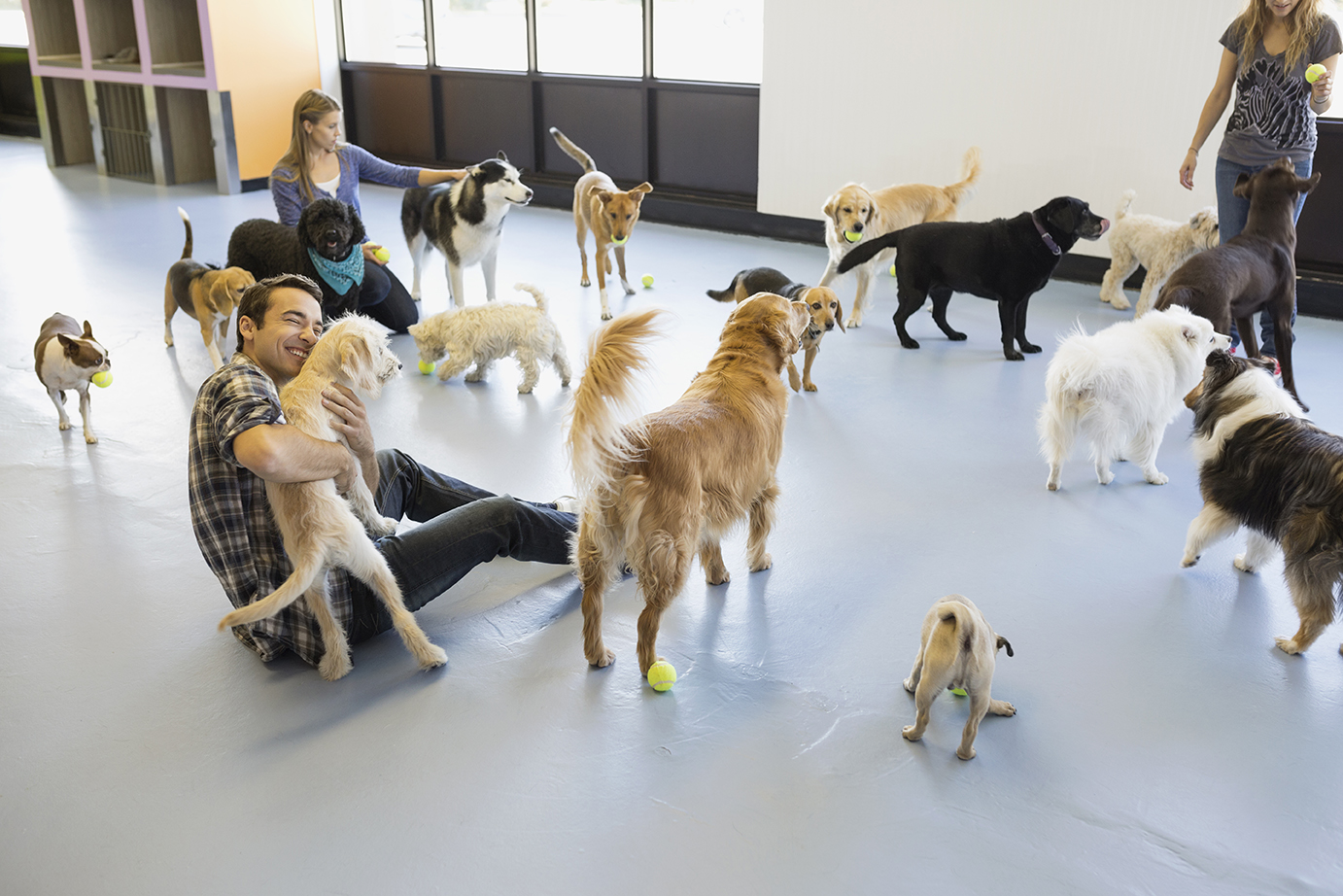 So, to sum up: if your dog is well trained and friendly, then there really are no downsides to allowing dogs in the workplace. Whilst the policy may not be right for every company, it is certainly one that is worth considering. There are three key benefits to dogs in the workplace: first, they lower stress and make us feel less lonely at work. Second, people are seen to be more friendly and approachable when they have a dog with them in the office. Third, the presence of dogs often increases cooperation and other positive behaviours among working groups. When all these benefits come in the form of a fluffy, doe-eyed ball of adoration, surely, you’d be mad not to get on board?
i BBC, 2012
ii Evening Standard, 2016
iii Guardian, 2016